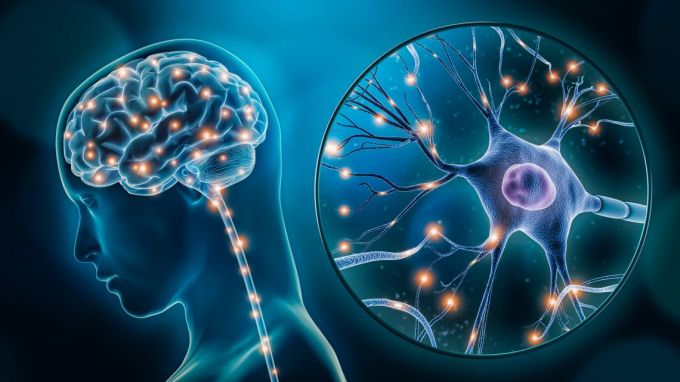 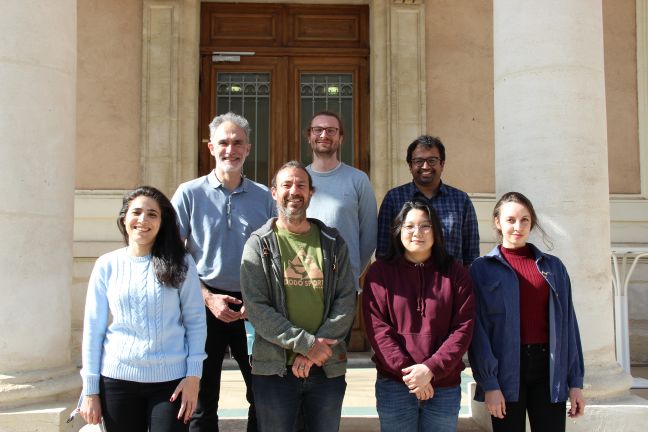 The team « Neuronal dynamics and audition (DNA) » gathers researchers whose expertise spans from integrative and computational neurosciences to cognitive sciences, psycho-acoustics and applied mathematics. We work towards characterizing and understanding the neuronal dynamics underlying several cerebral functions such as resting state, perception, and emotions. This project settled on experimental and theoretical approaches related to the manifold scales of nervous system’s functioning. Although the auditory system is the main model used for dealing with such problems, in particular in relation with its troubles such as tinnitus or hyperacusis, other models, such as emotional processes, will be studied with our collaborators.

The team projects will be developed on the common hypothesis that the brain has to be considered as a complex system, composed of a large number of elements organized in hierarchical structures (synapses, neurons and neuronal populations grouped into nuclei or cerebral areas) interacting at several levels of spatial and temporal scales to produce in fine a distributed and dynamical functional neuronal activity. Whereas it is impossible to know in detail all the elements of this system, neuronal dynamics can be observed using the tools of modern neuroscience dealing with more or less refined spatial and temporal scales from unitary electrophysiology using micro-electrodes, to macroscopic brain imaging techniques. The main part of the scientific projects of the DNA team will take into account this multiscale organization of neuronal dynamics and will be organized according to the main two scientific interests : understanding and analyzing neuronal dynamics at several scales and understanding and analyzing cognitve functions as auditory perception and its troubles. We believe that the common development of these two themes will highly benefit one from the other.

The scientific project is structured according to three axes:

A central aim of our team is to understand the neuronal dynamics that underlie the resting activity of the brain in normal and pathological conditions. A particular model of interest is tinnitus and its associated neuronal dynamics, since the phantom auditory perceptions of tinnitus are not linked to sound stimulations, but to abnormal, spontaneous neuronal activity. This model offers important perspectives in the application of more theoretically-oriented studies of neuronal dynamics. These studies extend our previous work on the neural correlates of tinnitus, which focused on the characterization of more static properties of neural firing, namely the firing rate, synchrony (spiking activity cross-correlation, coherence), and bursting activity.

The central approach of our theoretical studies of neuronal dynamics is based on the fact that if biophysics of the different recording techniques are modeled in a detailed manner, the quality of the information obtained at each scale of observation of the nervous system are still ill-defined. We wish to extend our multi-scale approach of electroencephalography (EEG) in a larger framework to obtain valid criteria in measuring neuronal dynamics related to different scales. This approach is founded on the methods of discretization of dynamical systems obtained by approximations, partitions or « coarse-graining », studied in nonlinear physics. The general principle will be to consider brain dynamics as a dynamical systems of very high dimension, which can be defined either in terms of local degrees of freedom (such as single cell recordings) or as measurements over several scales (such as local field potentials or EEG). The problem to solve is to define what information loss is inherent to scale changes and under which conditions these losses can be minimized.

The multi-scale methods developed in theoretical studies will be applied to the study of emotion regulation using EEG or near-infrared spectroscopy (NIRS) in collaboration with K. Doba and J.-L. Nandrino (SCALab, UMR 9193 Université de Lille, CNRS). We will extend our previous studies of behavioral emotional interactions by focusing on both the empirical characterization of dyadic interactions between mother and baby, and the modeling and dynamics of emotional expressions in autobiographical stories of healthy subjects and patients (anorexia, schizophrenia).

Finally, we will also evaluate the possibility of transferring the various techniques developed under this collaboration to clinical situations of patients with disabling hearing disorders, such as tinnitus and hyperacusis.

A second aim of the team is investigating the physical dimensions of sounds, in particular the intensity level. Indeed, the representation of sound level and loudness in auditory centers is still unclear. This question is of special interest since we postulate that central hypersensitivity or enhanced central gain, i.e. associated to an increase of the slope of the input-output function, is believed to play a role in the generation of tinnitus and hyperacusis. We will investigate what is the optimal distribution of intensity levels for neural activity recorded from a few cells (multi-unit activity) or from a large ensemble of neurons (local field potentials). The optimal distribution of acoustic stimuli (here varying the intensity level) is defined as the distribution of intensity levels maximizing the mutual information between the ensemble of stimuli and the neural responses. We will address this question in normal animals and in animals with noise-induced hearing loss.

We also plan to investigate loudness in human subjects, in particular to gain further insights into the physical characteristics of sounds that are perceived as painful and/or uncomfortable, in addition to the well-known dimension of intensity level. Moreover, we will investigate technical approaches, based on for instance the assessment of the middle ear admittance, that may objectivate the loudness discomfort threshold.

A third aim of our project is studying the plasticity of the central auditory system when the distribution of sensory inputs is modified, either when the sensory epithelium is lesioned (hearing loss) or when the acoustic environment is changed, using electrophysiological and molecular approaches. In particular, we plan to investigate the mechanisms of homeostatic plasticity, which is believed to maintain averaged neural activity constant around a set point level. We have proposed earlier that homeostatic plasticity can come at a price, namely an enhanced spontaneous activity that may result in tinnitus. One question raised by the concept of homeostatic plasticity is how the averaged level of activity (that must be maintained constant) is set and “memorized” by the central nervous system? We will investigate in animals whether this set point level of activity is influenced by the sensory distribution of inputs early during development.

Plasticity in the central auditory system can potentially lead to perceptual consequences, such as tinnitus and hyperacusis. The mechanisms of these two symptoms will be studied in animals and patients. The psychoacoustic characteristics of tinnitus and hyperacusis will be assessed in patients, which constitutes a non-invasive window on the mechanisms of these symptoms, including the characteristics of cochlear loss that may eventually lead to tinnitus-related neural activity. In collaboration with clinicians (ENTs, audiologists), we will investigate the neural signature of tinnitus (from EEG) and the psychoacoustic characteristics of tinnitus (and hyperacusis), focusing on the interactions between acoustic stimulation and tinnitus, i.e. the masking of tinnitus (when tinnitus is made inaudible by an external sound) and the residual inhibition of tinnitus (when a sound reduces or suppresses durably tinnitus after it stops).